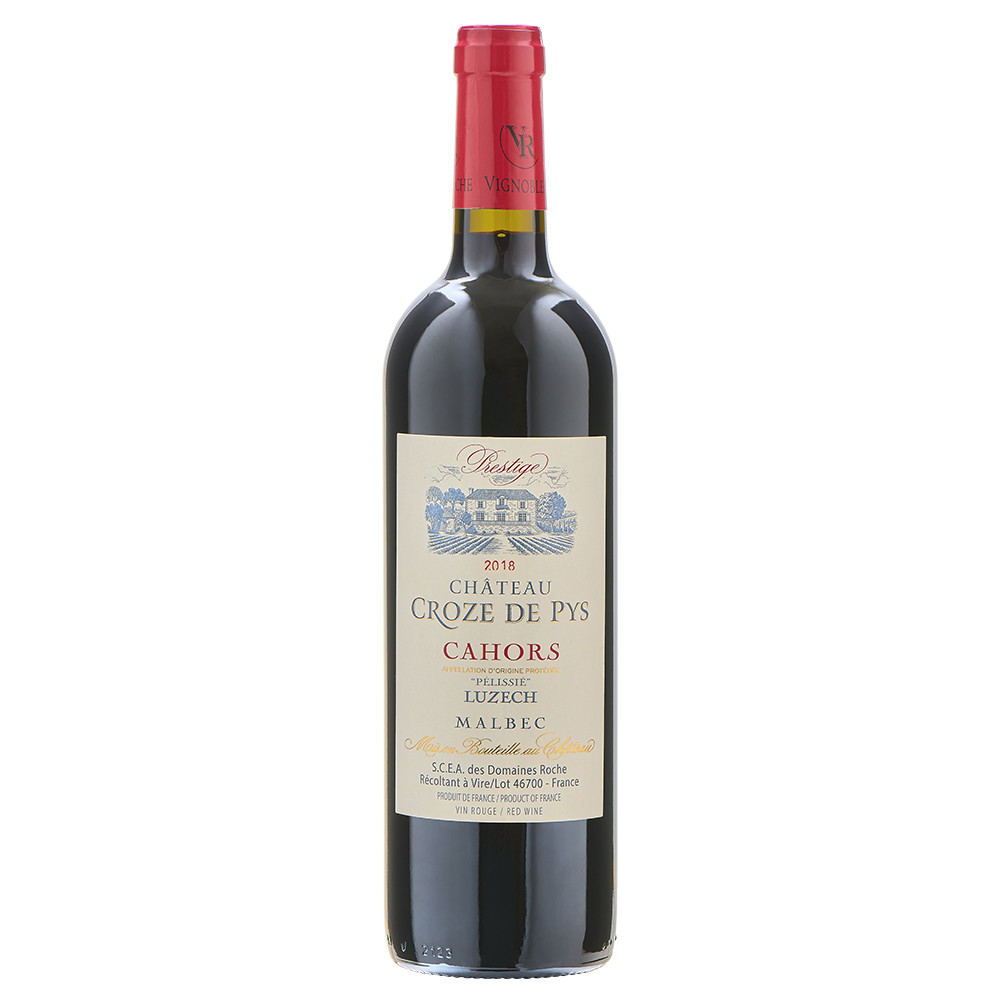 REFUND OR REPLACE
If you're not 100% satisfied
Chateau Croze de Pys has been a labour of love for the Roche family for over 250 years. The vineyard was established in 1773 by Joseph Roche, who planted Auxerrois (also known as Cot, or more commonly Malbec).
In 1877, the second generation Auguste Roche had his crops completely destroyed by phylloxera. Whilst many growers in the area gave up after the phylloxera crisis, he replanted using American rootstocks. Unfortunately, they were destroyed by severe frosts in 1956.
Third generation Rene Roche decided to replant the vineyard in 1966 and planted Auxerrois, Merlot and Tannat.
Jean Roche is the fourth generation and decided to carry on in his family`s footsteps by taking over in 1987.

This is a full bodied wine. A modern approach to a very traditional French red wine variety ensures a supple, balanced wine with flavours of red berry fruit and a touch of oak spice rather than the hard, black tannic wines of yesteryear.
For the full French experience, serve with confit de canard. Alternatively it would be very happy accompanying steak and kidney pudding or a braised lamb shank.
Current Stock: 17
SKU: BTL-0091
UPC:
Bottle Size: 75cl
ABV: 14.5%

(2)
The original Malbec! The popularity of Argentinian Malbec owes much to its French relatives. Château…
£13.50  Single Bottle
£12.15  Any 6 Mix
Add to Basket
×