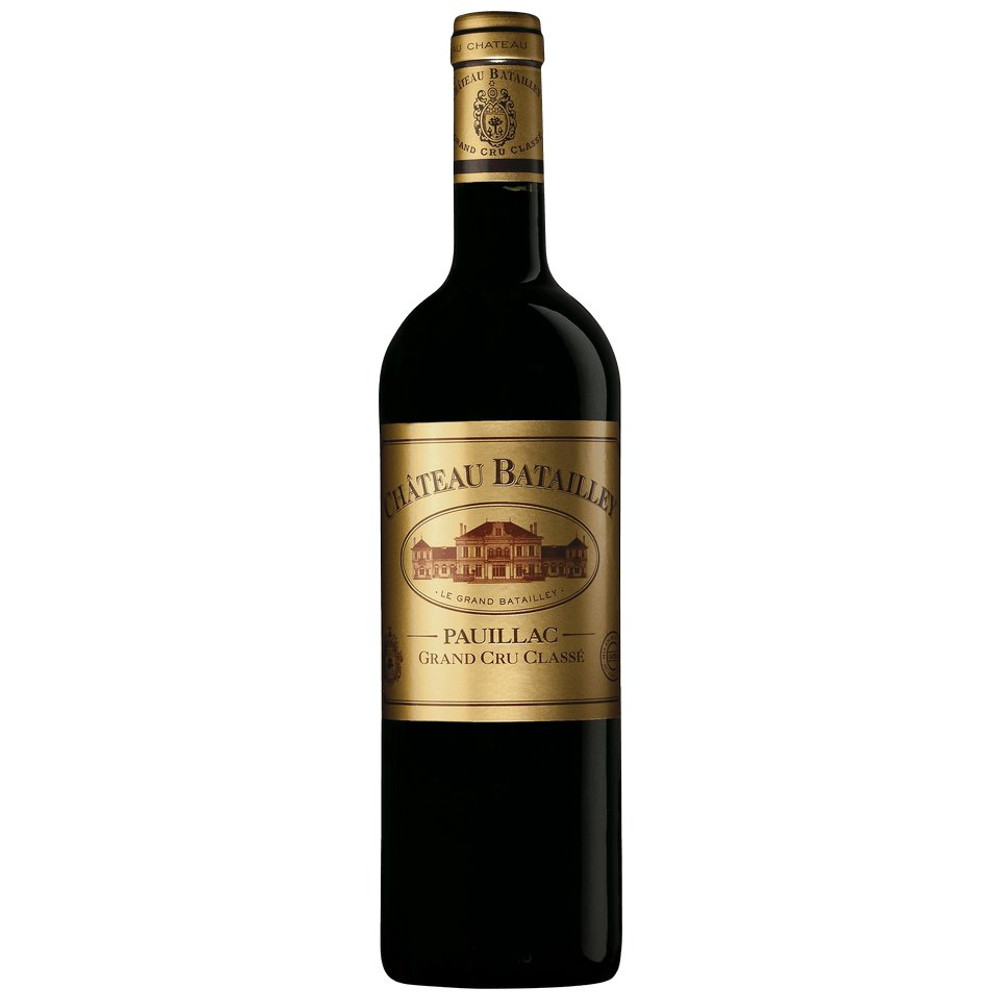 More than ten years on, Bordeaux’s 2010s have exceeded expectations. It is clear that this is one of the great vintages of recent times. It combines a mix of intense flavour and freshness. And flavour is what this Batailley delivers.

Its colour is deep and brooding, which is a little misleading as both the bouquet and palate are replete with notes of leather and tobacco, themselves signals of maturity. Yet the wine is still compact and energetic. The wine’s attraction lies in its rich weave of lush fruit and ripe tannins, and its crowd-pleasing generosity is unparalleled. It is drinking perfectly now but never underestimate Batailley’s staying power; this easily has at least another 10 years in the tank, should you wish.

Located in the south west of the commune of Pauillac, Château Batailley dates from the middle of the 19th century. Its name refers to a battle that took place on the site between the French and the English. This property belongs to the Castéja family who also own several other grands crus: Haut-Bages-Monpelou in Pauillac, Beau-Site in Saint Estèphe, Trottevieille and Bergat in Saint Emilion, and l'Eglise in Pomerol.

The wines of Château Batailley are balanced and exude intense aromas of fruit. Rich and deeply coloured, these wines get better and better over the vintages.

(0)
A traditional style of Claret that has elegance and savoury fruit in abundance. This wine exhibits a…
£25.00  Single Bottle
£22.50  Any 6 Mix
Add to Basket