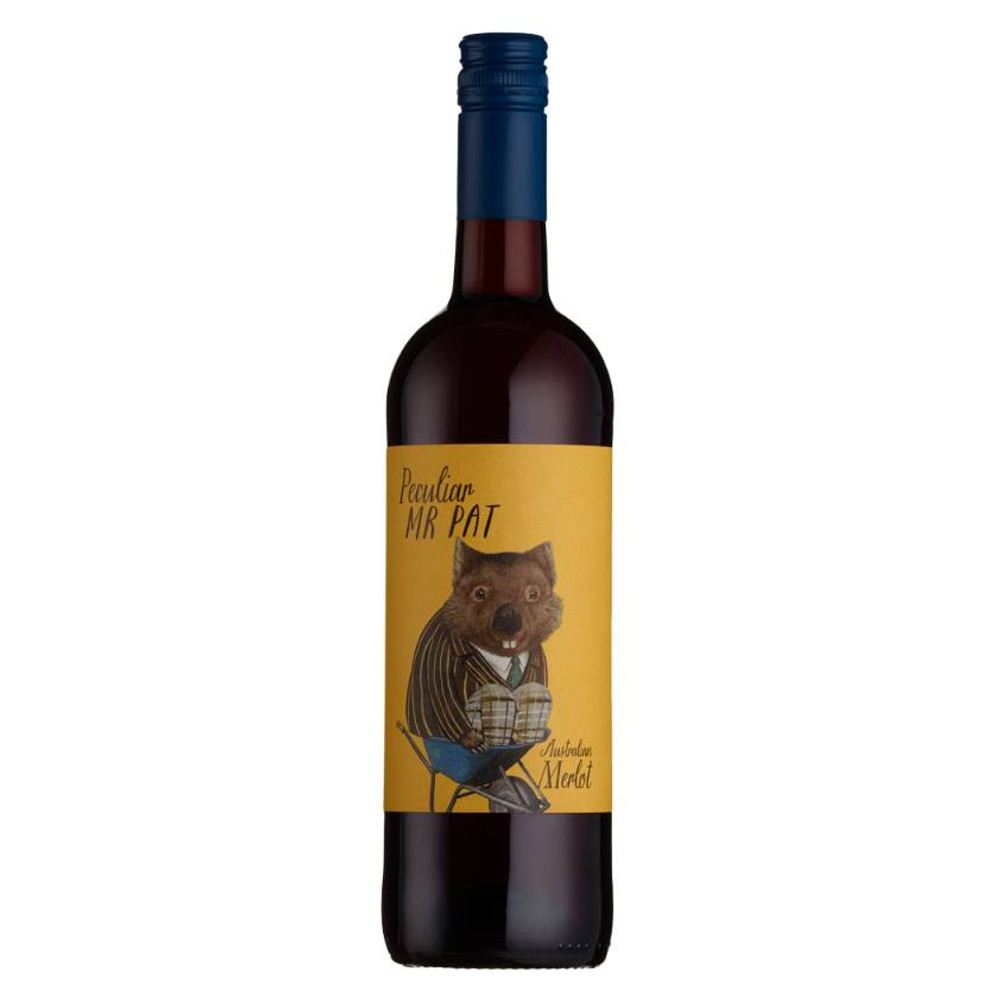 This Australian red wine celebrates the story of a most peculiar wombat: "Patrick the Wombat" adopted by Ballarat Wildlife Park after a series of unfortunate events.

Pat arraived at Ballarat as an orphan after his Mum was hit by a car in 1987. He lived to over 31 years of age, making him the oldest known Bare-nosed Wombat in captivity and exceeding his normal life expectancy by more than a decade.

He greeted visitors to the park in his blue wheelbarrow, with his gentle nature, and his “bucky-toothed” smile.

The Merlot grapes that make this red wine were grown in the glorious Australian sunshine. Merlot thrives along the banks of Australia’s largest river, the Murray, near the bustling inland town of Mildura, in the middle of Australia’s food bowl.They enjoy a Mediterranean climate, with plenty of sunshine.

The vines are carefully tended and the ancient, sandy soils are enriched with recycled organic matter from other crops that also thrive locally, to make the most of every precious drop of water. Speckled light reaches through lush green vine canopies to ensure the berries ripen steadily throughout late summer in time for harvest in Autumn.

This has produced a bright, plush, deeply tasty Merlot from Riverland vineyards. This Australian red wine is abundant in freshly picked red fruit with a soft tannic profile and a long, moreish finish.

One Chain "The Googly" Chardonnay, Australia, 2019