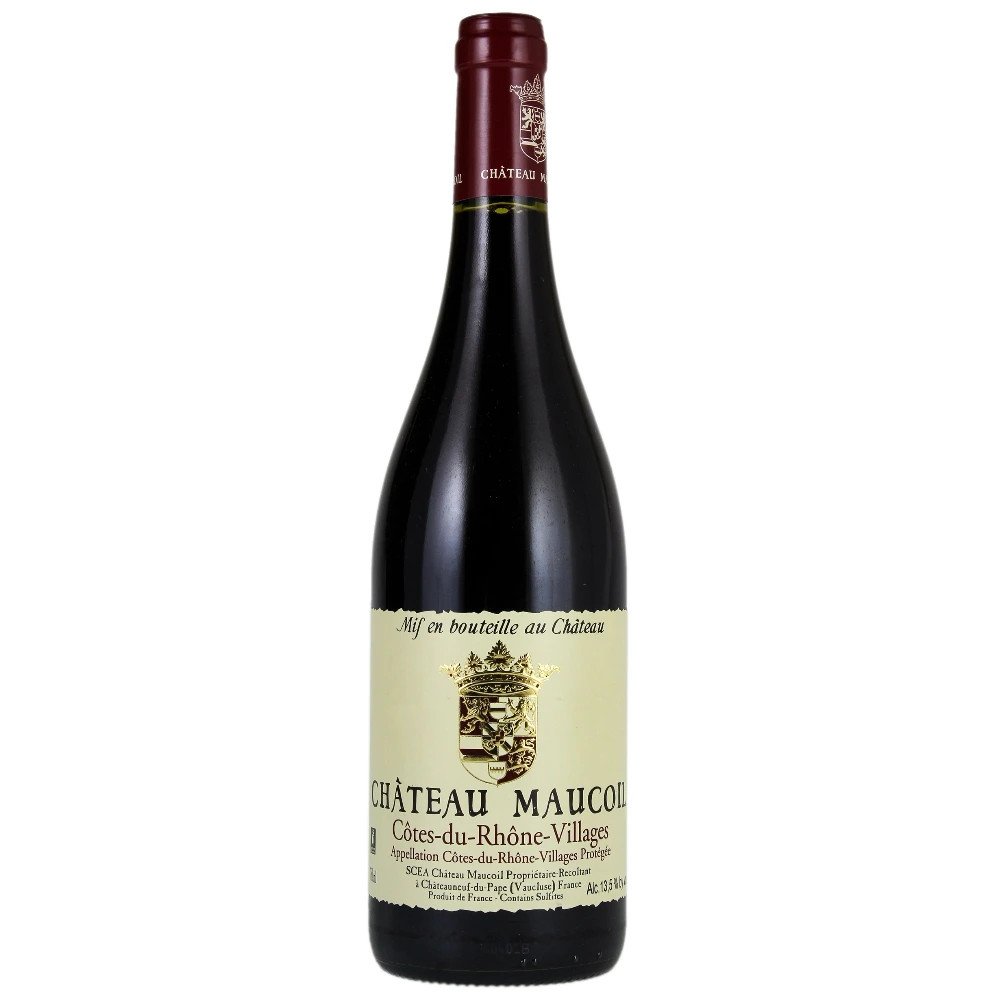 This is a top quality, single estate, organic Côtes-du-Rhône-Villages.

Made from a blend of Grenache (50%), Syrah (25%) and Mourvèdre (25%) this is a big powerful southern Rhône wine. It has ripe, fresh spicy black fruits on the nose. The palette is full-bodied yet finely structured with a nicely balanced finish and good length.

Château Maucoil (pronounced “moh-kwahl”) in Châteauneuf-du-Pape has a longer history than most wine estates. It served as a base for Roman legions who were attracted by the spring that runs through the property and by the proximity of the Via Agrippa; it was the home of Joseph de la Pise, archivist to the Dutch royal family; and from the 17th century onwards it was owned by a succession of winegrowing families. The Arnaud family, who already owned vines in Châteauneuf-du-Pape, decided to purchase the estate in 1995 and devoted a great deal of energy and passion to Château Maucoil.

The estate's old vines (the youngest are merely 40 years old; the oldest date back to 1895) grow on the appellation’s four soil types: pebbles, clay-sandstone, Urgonian limestone and, more unusually, sand. Unlike vineyards littered with the famous pebbles of the area, the fine, sandy soil doesn’t retain and transfer heat during the night, resulting in slower ripening and giving wines with more finesse.

Maucoil is one of the few Châteauneuf-du-Pape estates that has conserved all thirteen of this famous appellation's original grape varieties, and grapes must pass through three rigourous stages of manual sorting before being deemed of high enough quality to be made into wine.

(0)
We love French wine, especially those crafted in the Rhône valley. The Rhône is known as "La Capital…
£35.00  Case
Add to Basket

(0)
A distinctive, intense and organic Châteauneuf-du-Pape, rich and concentrated yet with lovely balanc…
£30.00  Single Bottle
£27.00  Any 6 Mix
Add to Basket
×