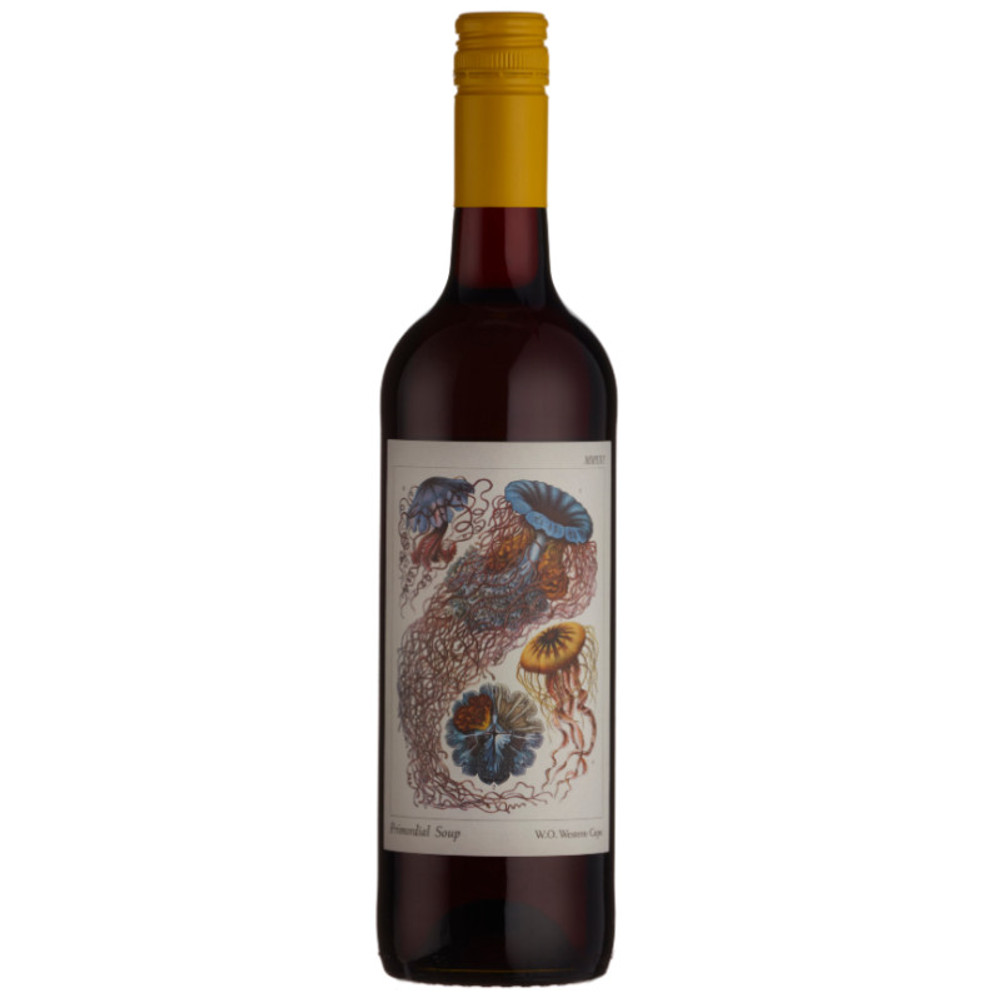 At the Western Cape’s Pinnacle Point, evidence remains in maritime caves of our earliest known ancestors - a primitive culture that combed the beaches and fished in the same rock-pools from whence they came.

The aim with Primordial Soup is to introduce South African wine in its most accessible form, red wine made up of multiple classical cultivars, named without variety.

The design inspiration is from the illustration’s of Ernst Haeckel, German naturalist, who identified then drew some of the simplest forms of life on Earth. These relate to Darwinism and the subject of Creation and evolution as a whole. It’s the story of everything.

This is a rich and bloody bouillabaisse of the Western Cape’s classical cultivars, packed with juicy life, red in tooth and claw.

It has a nose of creamy summer pudding and a palate of crushed cherries with a cranberry tang and texture. It’s the Natural Selection.

This white wine is derived from the Western Cape’s classical cultivars, blended to represent n…
£7.50
Add to Basket

A vibrant Shiraz from the Western Cape, possibly the best Cape Heights Shiraz vintage yet! Wow, the …
£8.50
Add to Basket

Generous, full yet fresh with a seam of minerality from its sandy, granite provenance in the trellis…
£8.99
Add to Basket
×