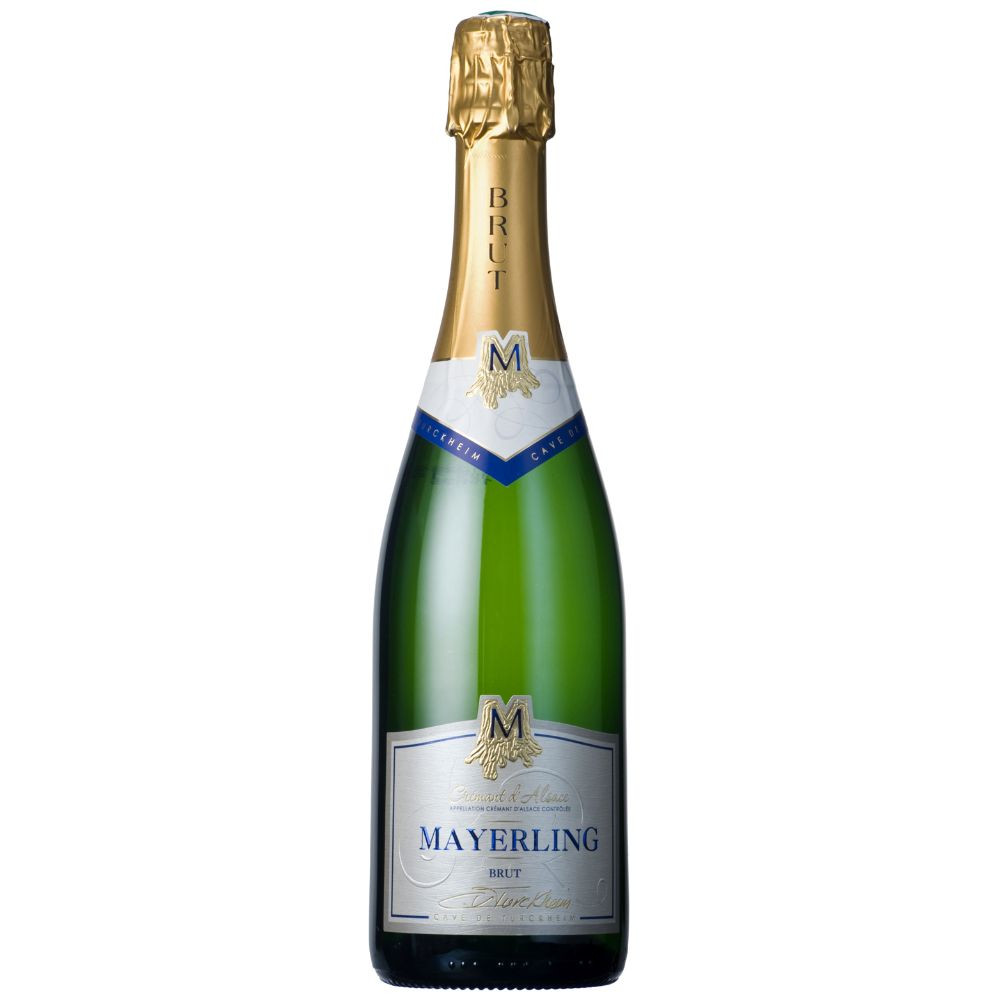 Cremant is the secret alternative to Champagne, all the elegance of it's better known sibling, but without the price tag. This top quality example from Alsace is made following the same technique and using 100% Pinot Blanc grapes.

The wine is gently aromatic with fresh apple scented fruit, a fine mousse and soft, creamy texture from extended lees aging. The softer bubbles make all the difference and allow this fizz to be enjoyed as an appreitif of throughout a meal.

Elegant and well-balanced finish with a calming zing of acidity to refresh and entice.

Widely regarded as one of the best co-operatives in the world, Cave de Turckheim lies at the mouth of the Munster Valley. Working closely with 180 partners, its vineyards span the full breadth of Alsatian terroir and grape varieties. Cave de Turckheim only produces wine from the grapes of its member growers, it is a récoltant not a négociant.

Committed to producing the highest quality wines, growers are encouraged to keep yields low - for example, Cave de Turckheim voluntarily caps yields for its Grands Crus vineyards at 45hl/ha rather than the permitted 55hl/ha - and to pick the grapes by hand. This is part of a long term and innovative strategy of sustainability that includes developing the largest holdings of organic vineyards in Alsace, using natural alternatives to chemical treatments, and a green overview of all vineyard practices. Alongside some great organic wines, the extensive range runs from the excellent value Tradition wines right through to individual Grand Cru bottlings, plus fantastic Crémants d’Alsace.

In 2008, a number of growers decided to commit to the rigorous standards of organic viticulture. As part of Alliance Alsace, approximately 70 hectares of vines are now cultivated organically, having obtained organic certification in 2011, with a further 30 hectares in transition. These vignerons have revived ancestral practices, tilling the soil and undertaking work that facilitates the elimination of weeds and the combat against the two major diseases: powdery mildew which is tackled with sulphur and mildew which is treated with copper sulphate. Natural fertilisers are also used (nettle, horsetail, comfrey and dandelion), fortifying the vines and increasing their natural resistance. Organic winegrowers meticulously observe their vines, enabling them to intervene in the right place and at the right time, rather than treating the plants systematically.

(0)
The South African answer to Champagne, this is an elegant brut Methode Cap Classique with yeasty cit…
£24.99 £19.99  Single Bottle
Add to Basket