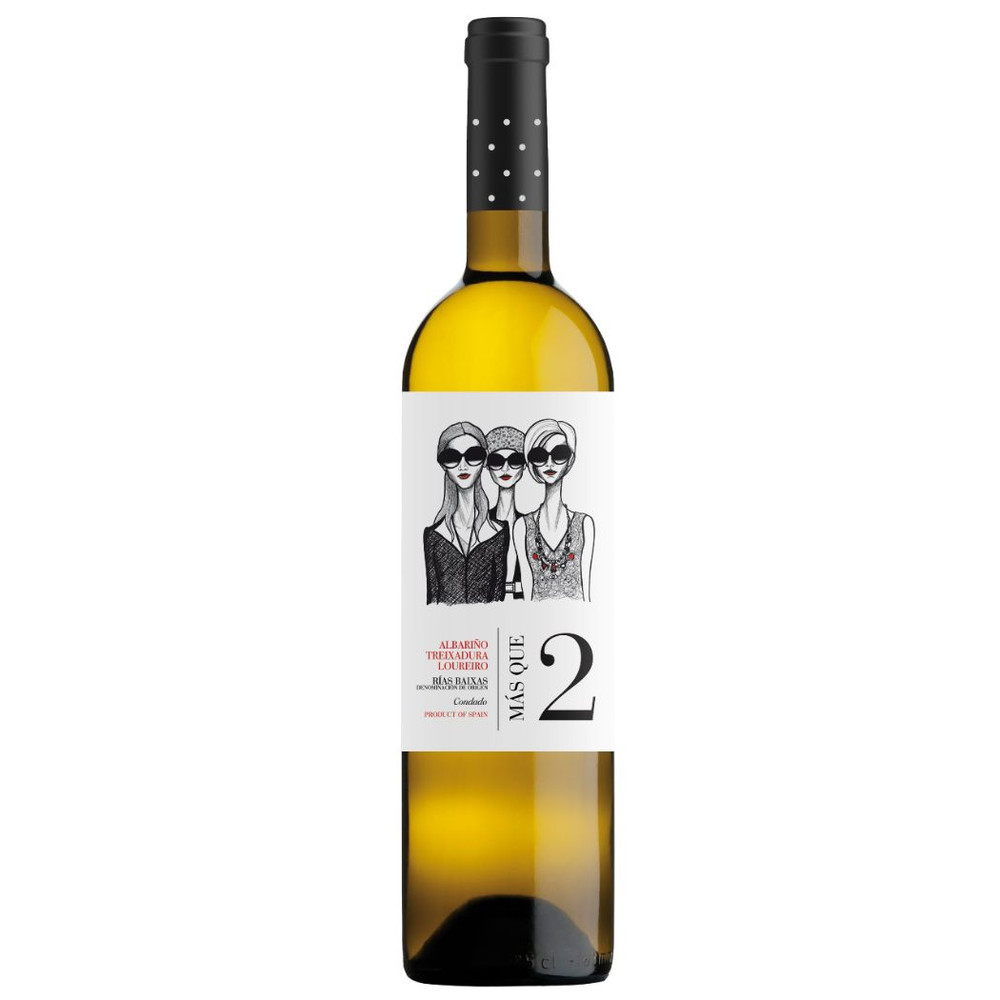 A crisp zesty blend of indigenous white grapes from Rias Baixas. Made from 70% Albarino, 15% Treixadura and 15% Loureiro.

A lovely light, crisp Spanish white wine with power and structure from Albariño balanced by touches of green apple from the Treixadura and herbal, lightly smoky notes from Loureiro.

The Albariño, Treixadura and Loureiro grapes were all grown in Condado do Tea, and were harvested at the end of September. Destalked grapes are macerated for 6 hours at 8ºC. Then the must is pressed, racked and undergoes temperature-controlled fermentation in stainless steel for around 3 weeks.

The three grape varieties are fermented separately and then blended.

This Rías Baixas pioneer was founded in 1985 and has made its name over the past two decades for producing classically-styled, great quality Albariño. There are five sub-regions in Rías Baixas. Bodegas La Val are based in Condado do Tea - away from the coast and just over the Portuguese border.

In 2003, a brand new winery was built in Arantei, overlooking the Miño river, equipped with the most modern winemaking equipment. Its vines are around thirty years old and they are grown on the Pergola system, as is typical in the region. This aids the ventilation of the grapes, protecting them from excess humidity and mositure that leads to rot. All fruit is hand-harvested.

With over 90 hectares of vineyards across the region, La Val is one of the largest vineyard owners in Rías Baixas, and all its wines are produced from its own grapes. As a result, it is one of the most reliable sources of good quality, moderately-priced Albariño.

Not just another Malbec, under this dark, starry label is something slightly unusual: an Australian …
£9.99  Single Bottle
£8.99  Any 6 Mix
Add to Basket

From two different vineyards in Maldonado, on the east coast of Uruguay: Garzón and Cerro del Toro. …
£13.99  Single Bottle
£12.59  Any 6 Mix
Add to Basket

This fantastic and fashionable Albariño is a straw yellow in colour with a pronounced peachy nose. T…
£15.99  Single Bottle
£14.39  Any 6 Mix
Add to Basket
×